A Guide to Spending 48 hours in London

Posted on August 18, 2012 by JimsGotWeb in Travel Leave a comment

With the closing ceremony of the 2012 Olympic games, London has once again reminded us what the city has to offer. From medieval kings, queens, to the formation of democracy, London has experienced a long history, which further highlights the attraction of the city itself.

To have 48 hours to visit London, there are several options to make the best out of it. In order to save money and time, the British government imposed a new privilege card – the London Pass, which provides a free pass to 55 of the top tourist attractions, museums, sights and tours in London with an additional 10 percent discount. The card also allows skipping of queues, saving both time and energy and frustration. To put tourists’ minds at ease, the card includes insurance, just in case the card is stolen, lost or broken.  Although they do charge a little for the services, but for those who yearn for the extra protection, this is the best way to travel safely and on a reasonable budget. The website for the pass designed an application filled with the top attractions, tours and dining areas. One of the privileges of having the card is getting discounts in selected restaurants in London. Free wines, ice creams, up to 50 percent discounts are available in fine dining areas such as Azzurro, Little Sicily etc. As the children’s rhyme goes, ‘London bridge is falling down…’, no one can complete their visit in London without visiting the famous London Bridge. Another bridge with almost as widespread reputation is the Tower Bridge. Named after the London Tower, this bridge consists of hydraulic systems that enable the lifting of sections between the bridge to allow ships to cross. Recently, in conjunction of the Olympic games, the bridge is decorated with lights that illuminates the night beautifully as well as a set of suspended Olympic rings. To complete the Tower Tour, one must visit the Windsor Castle. Nick-named the round tower, Windsor castle houses the royal family and boasts a history of a thousand years. The castle is busiest during the morning, so tourists are advised to arrive at about 11.30 to start touring around the State Apartments, Drawings gallery, Queen Mary’s Doll House and St George’s Chapel. 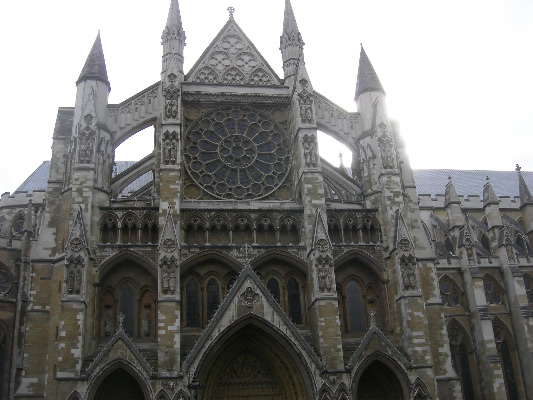 Other than bridges, London is filled with gothic churches that is sure to satisfy any renaissance fanatics. One of the most famous churches of all, the Westminster Abbey, is known for the ceremonies that united so many generations of the royal family of Britain. Princes Diana and Prince Charles, as well as Prince William and Kate Middleton took their vows in the sacred altar of the Abbey. Another impressive church is the St Paul’s Cathedral, where the dome rests 111 meters above London. From the crypt to the golden gallery, the cathedral has much to offer. Every Sunday, the cathedral also organizes different art, music and cultural performances.

To fully visit London in 2 days is not an impossible task, you just need to plan carefully to avoid wasting time and missing out on the delights of the city. With the privilege London Pass, one can dine, visit, and explore the nooks and crooks to make it a memorable trip.

Mike Lewiss writes for http://www.2020london.com/. He shares his passion about travelling and making the most of your stay in London.


Now is the time to visit London

Posted on August 13, 2012 by JimsGotWeb in Travel 4 Comments 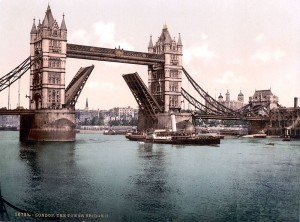 In the aftermath of the 2012 Olympic Games, this could be the perfect time to pay a visit to the beautiful city of London. The capital of the United Kingdom is home to many of the world’s finest landmarks, and its international profile after a hugely successful sporting spectacle has never been higher. Whether you plan to spend a few days in the city to view the main attractions or you’re intending to soak up the culture for a week or more, this is surely the time to do it.

Many people pay a visit to London purely to see one of the spectacular shows that are on offer in the glitzy West End. The city’s Theatreland district has dozens of superb playhouses offering the very latest in live entertainment. If you only ever visit a theatre once in a blue moon, you should make sure London is your next destination. Exciting thrillers, extravagant musicals, uproarious comedies – the choice is yours. Be prepared for an evening with the ultimate in wow factor.

One of the most pleasing aspects about visiting London is that the city is a wonderful combination of contemporary and traditional. Just a stone’s throw from some of the world’s most modern landmarks, such as the London Eye and The Shard, you’ll find historic beauties such as the Houses of Parliament and St Paul’s Cathedral. It’s no wonder so many people head to London on an annual basis, with many of them returning time after time to make sure they see and do everything.

A significant proportion of tourists choose to spend an afternoon viewing the timeless glory of London from the river. Boat trips along the Thames give visitors the chance to see the city from a unique perspective without having to put too much strain on tired legs. A great many of the city’s finest landmarks are located close to the banks of this truly iconic river, including Canary Wharf, the Tower of London, County Hall, the Globe Theatre and the Tate Modern. And of course, many of the bridges are truly spectacular.

It comes as something of a surprise to many first-time visitors that London is home to a vast number of public parks, gardens and open spaces. Amid the general hustle and bustle of one of the world’s busiest cities, you’ll find areas such as Hyde Park, Kensington Gardens and St James’s Park, all of which provide some much-needed peace and quiet amid truly beautiful surroundings.

David Showell lives in southern England and is a regular visitor to London. He works for a car hire website. 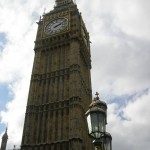 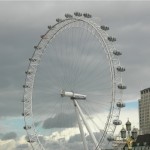 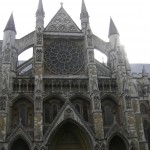 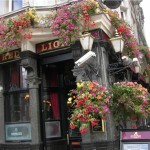