Posted on July 8, 2012 by JimsGotWeb in Europe 8 Comments 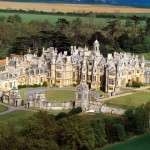 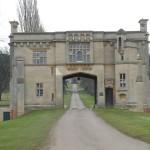 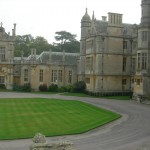 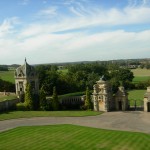 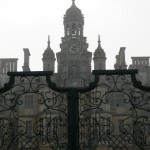 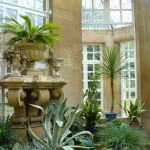 
Grantham, UK pictures and information from our visit

Grantham is about 3 miles from Harlaxton Manor, which took me about an hour to walk, and 120 North of London by train. The birthplace of Margaret Thatcher and where Isaac Newton went to school, there is a lot of history there. The Arnold Graham convenience store at 47 Swine Gate is a great place to pickup some fresh produce.

One of the oldest pubs in Grantham, the Beehive Inn dates back to the 16th century and is named for the living beehive in the tree outside. Since at least 1830 there has been a hive of bees in a lime tree above the pub’s sign. This unique feature has protected status from the local council.

The Blue Pig Inn is located at 9 Vine Street in Grantham. They weren’t serving food when we were there, I think they were looking for a new cook. It’s off the beaten path and mostly frequented by locals, but you have to at least check out the cool sign.

d Royal Hotel on the High Street in Grantham, originally known as The Angel, was established in 1203. It has been visited by seven kings of England and various other members of Royalty, including the Prince of Wales, who later became King Edward VII.

Want some delicious fish and chips? “Relax” Fish Bar is located at 71 Westgate, Town Centre,  in Grantham. I stopped here for a quick lunch and would recommend it to anyone looking for some tasty fish and chips.