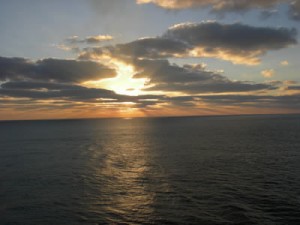 It was an ordinary morning for Winston F. Harlow and he smiled as he performed his normal routine.  He had taken a shower, and was now reading the paper while drinking his coffee.  He lived a quiet life.  He wasn’t married, and he didn’t have any living relatives.  To say that his small apartment was modest was being kind.  He didn’t have a TV or a computer, and there was only one picture hanging on the wall.

There was a small article in the local paper about a man winning the lottery, Winton E. Barlow, a name very similar to his.  It made him smile even more, and he wondered if the rumor had started yet.

Rance worked with Winston, and their lives couldn’t be more different.  Rance was a social media fanatic, using Twitter and Face Book, and writing on his blog religiously.  His normal morning routine was to read the paper online and post to his social accounts anything that he found interesting.  He loved starting rumors!  When he read the article about the local man winning the lottery he noticed the name and assumed it was a typo, so he notified everyone about Winston!

By the time Winston was on his way to work, the media was buzzing with the news; the rumor went viral!  Thousands of people had read the rumor about him and were discussing it, including the people he worked with.

Winston didn’t mind being teased at work; in fact he enjoyed the attention.  It was always little things.  One time there was a Photoshopped image of him sitting on the beach with a drink in his hand, surrounded by bikini-clad women.  He found it hanging by the time clock, and he had taken it home and framed it.  Another time there had been a blow-up doll sitting at his desk when he arrived – Lucy had become a faithful companion!  He always took the teasing in stride; everyone had come to expect that of him.

Arriving at work this morning, a group of people were pointing and cheering, “Congratulations, Winston!”

“Thank you,” he replied.
They had decorated his office by hanging sheets of paper with dollar signs and ‘Fiji, here I come’ written on them.

They’ve really gone all out this time, he said to himself.  This pleased Winston, and he wondered what else Rance had planned.

“Fiji and dollar signs, looks like I’m going on a trip,” he said to the group of people gathered in his small office.  Winston hadn’t traveled much, but he’d always wanted to see exotic lands, so it was hard to hide his excitement.

“I’m sure going to miss you guys when I leave!”  He said, enjoying the attention.

Rance had just walked into the office and when he heard this he replied, “Congratulations Winston, when will you be leaving?”

“As soon as possible,” Winston laughed, “there’s a lot of places I want to see.”

“So, how much did you win?”  This was from Judy, who worked down the hall.  How many times had he dreamed about her?  Now, here she was talking to him, and smiling!  Judy was a lot like Winston.  She was shy and mostly kept to herself, but he thought she had a way about her that suggested there was a lot more going on.

“I’ve won enough to take you with me!”  Did he just say that?  What a great day this was shaping up to be.

“Well, maybe I’ll take you up on that,” she said, winking at him as she walked away.

The group got quiet when the boss came out of his office.  They weren’t sure if Mr. Bradley had heard the news.  “Winston, what’s this I hear about you winning the lottery?”  He said gruffly.  Any disruption at work was unacceptable to him, and he wanted to end it as soon as possible.

“Winning the lottery?  Mr. Bradley I’m afraid that’s just a rumor, I haven’t won anything.”  As Winston said this, he was sad to see that the group was starting to move away.

“Well, whatever then, everybody get back to work!”  Mr. Bradley said as he headed back to his office.  “And clean up that mess, this is a place of business, not a damn circus!”

Winston hurried to catch up with Mr. Bradley and asked him, “Sir, if it’s alright I need to take a few days off, to visit a sick relative.  I still have a few vacation days and I thought that I’d go ahead and use them.”

“Whatever, just tell accounting that you’ll be taking some time off,” he said abruptly with a wave of his hand.  “Is everybody’s relatives sick this week?  First Judy wants to take time off, and now you!”

Later that morning while finishing some paper work, Rance came into his office and said, “Winston, maybe you really did win the lottery and you just don’t know it.”

“No, they’d have to notify me before they could put my name in the paper, wouldn’t they?”

“Yeah, I guess you’re right.  Oh well, you wouldn’t know what to do with all that money anyway,” he laughed as he walked away.

Winston smiled and said, “That’s for sure, what would I possibly do with all that money?”

There were a few times during the day that he noticed Judy looking at him, and when their eyes met she would give him a quick smile.  He couldn’t help but think about what it would be like to sit on a beach with her by his side, with all that money.  I would know what to do with all that money, he said to himself and smiled.

At the end of the day, walking by Judy’s desk, he said to her, “I hope your relative feels better soon, and that you have a nice time on your days off.”

“Thanks, you too Winston, bye-bye,” she said with a smile and a wink that made him light-headed.  Looking around the office to make sure she wasn’t overheard she whispered, “For now.”

At home, while hanging the signs he’d brought from work and thinking about the rumor, he heard the mail arrive.  He was delighted to see their tickets – he couldn’t wait to tell Judy!

Posted on October 14, 2012 by JimsGotWeb in short stories

3 Responses to The Rumor