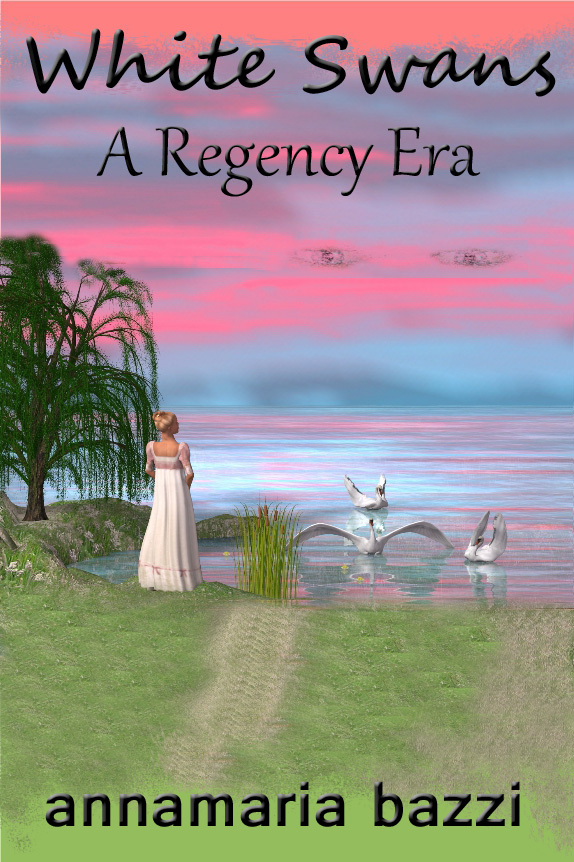 Left an orphan, Kendíka cries herself to sleep and startles awake in a Regency castle. Terror consumes her, and she attempts to escape only to discover the new world is her prison. Having no choice, she attends a ball given by her guardian, Lord Deverow, to introduce her into society. He admonishes her to follow the rules and promises to protect her from the wrath of the strange, hazy set of eyes spying on everything. But when she ignores his warning, Kendíka learns firsthand what it means to be disobedient.

Annamaria Bazzi is having a blog tour that I’m proud to be a part of it.  I’ll turn it over to her. 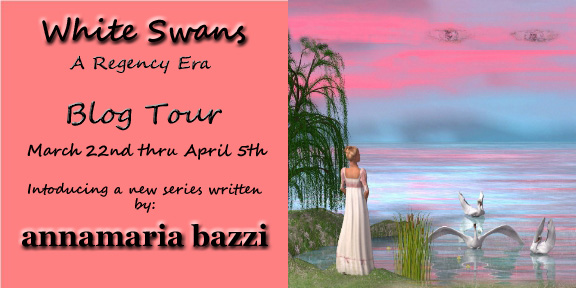 Here I am at my third Blog Tour stop, and would like to thank Jim for hosting this stop. One important thing I’m learning through this adventure is that Indie authors are a gracious and helpful breed of people, and I’m so thankful for this wonderful community. Thank you Jim.

I’ve always wondered if and how our childhood effects the genre authors decide to write. Most of my young adult sci-fi/fantasy is based on adventures that take the hero to a new and very different world. The experiences end up being traumatic, where the hero has to adjust to an entire new way of life—one that is quite foreign.

My childhood was an adventure that began when my father kidnapped us and took his three children, my brother, sister and me, to Italy. I met strangers that soon became my loved family, you know, grandparents, aunts, uncles, and many cousins. I developed two sides to my personality, the creative kid that made up fantasy games to play with cousins, and the tomboy who could outrun any of my brother’s friends, he’s two years older than me.

Today, I understand the creative child much better. The adventures I created were my way to release the stress built in me from being thrown into a world I didn’t know or understand. The only familiar things I had round me were my father and siblings. The strangest and most difficult part of the adventure was adapting to life without my mother and the family I was born to in the United State.

In White Swans, Kendíka is torn from her world and thrown into a bizarre one. She has to learn to adapt quickly, because the consequences for mistakes in her new environment are high.

It was in Italy that the passion for writing sprouted, but because I was an excellent runner, one my father and PE teacher recognized, I was kept after school to train in the high jump and sprint. I’ve never been a long distance runner. Unfortunately, for my career in sports, my mother was able to get her hand on her children and without a passport or permission from my father, kidnapped us back to the United States.

So, I experienced being torn from my world twice, and each time, no matter how old I was, I looked at the situation as a new adventure to experience fully. Therefore, having lived through the experience twice, I identify with this type of adventure all too well, and it does drive my ideas and creativity.

Once back, my mother forced me into the mold of a young woman through ballet and piano lessons. It wasn’t until high school that I found a teacher, Mrs. Allen, who recognized my talent for telling stories and creating characters. At that point, I started to write and only put it aside to raise my four girls.

Although I’ve settled and raised a family of my own, my personal childhood journey, to this day, guides my imagination and the way I create and structure the adventures my characters experience.

Understanding that my life’s quests influence the type of stories I create, I wonder what drives other authors to create the stories they write.

Kendíka will have many adventures as the series continues, and I’ll be introducing new and exciting characters to go through the journey with her.

With this short story series, I’m hoping to capture all the teens, who like my own 13 year old swear they don’t read because novels are just too long. I hope the books will have something that will attract other readers as well.

Jim, once again, I want to thank you for hosting this stop and I know we’ll bump into each other soon.

Thanks, it’s been my pleasure.  I look forward to following the White Swans series.  Here’s a little information about Annamaria Bazzi:

Although born in the United States, Annamaria Bazzi spent a great deal of her childhood in Sicily, Italy, in a town called Sciacca. Italian was the language spoken at home. Therefore, she had no problems when she found herself growing up in a strange country.

Upon returning to the states, she promised herself she would speak without an accent.

She attended Wayne State University in Detroit Michigan, where she obtained her Bachelor of Science in Computers with a minor in Spanish.

Annamaria spent twenty years programming systems for large corporations, creating innovative solution, and addressing customer problems. During those years, she raised four daughters and one husband. Annamaria lives in Richmond Virginia with her small family where she now dedicates a good part of her day writing.

You can visit Annamaria at:

Or send her an email

Here are some links to Annamaria’s books

A Simple Matter of Justice on Amazon.com

A Simple Matter of Justice on Barnes & Noble

A Simple Matter of Justice on Smashwords

Revelations of Abaddon on Amazon.com

Revelations of Abaddon on Barnes & Noble

Revelations of Abaddon on Smashwords

Posted on March 23, 2013 by JimsGotWeb in Book Reviews, short stories